Donatus Buongiorno painted monks and priests many times, in a variety of situations. His sister’s brother-in-law, Carmine Troisi, was a priest in Solofra, Avellino, whom he knew well, we can assume from their multiple collaborations on artwork restorations within their church, La Collegiata di San Michele Arcangelo. Buongiorno must have known also known priests in the U.S. from his church commissions in several cities. 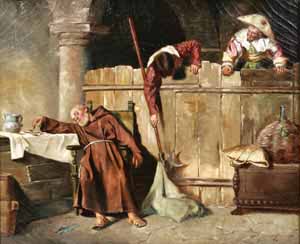 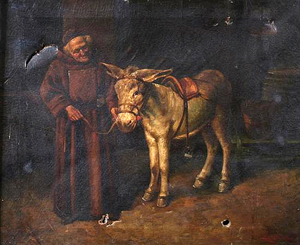 Photograph courtesy of Sloans and Kenyon. Used with permission. 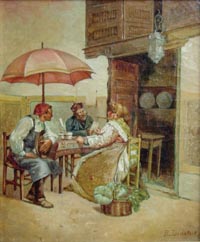 Is this priest Carmine Troisi? (See story below.) 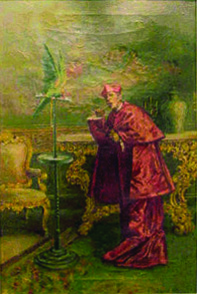 Who is the Cardinal? 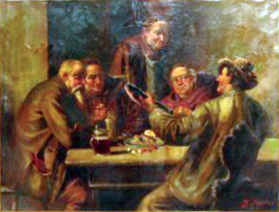 Photograph courtesy of Time and Again Galleries. Used with permission.

Note that the third and fourth men from the left are Franciscan friars.

Do you know any of these priests?

He also, apparently, knew at least one Cardinal, from the painting above.

And his sister’s brother-in-law (who was, perhaps, also a childhood friend of his) was the head priest of his family’s church in Solofra, Avellino — Canonico Carmine Troisi of La Collegiata di San Michele. Is this priest, the “Public Reader” in a red biretta who is reading a letter to two other people, Carmine Troisi? 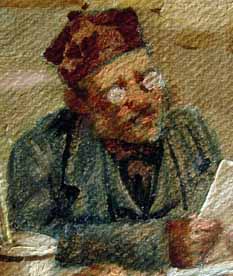