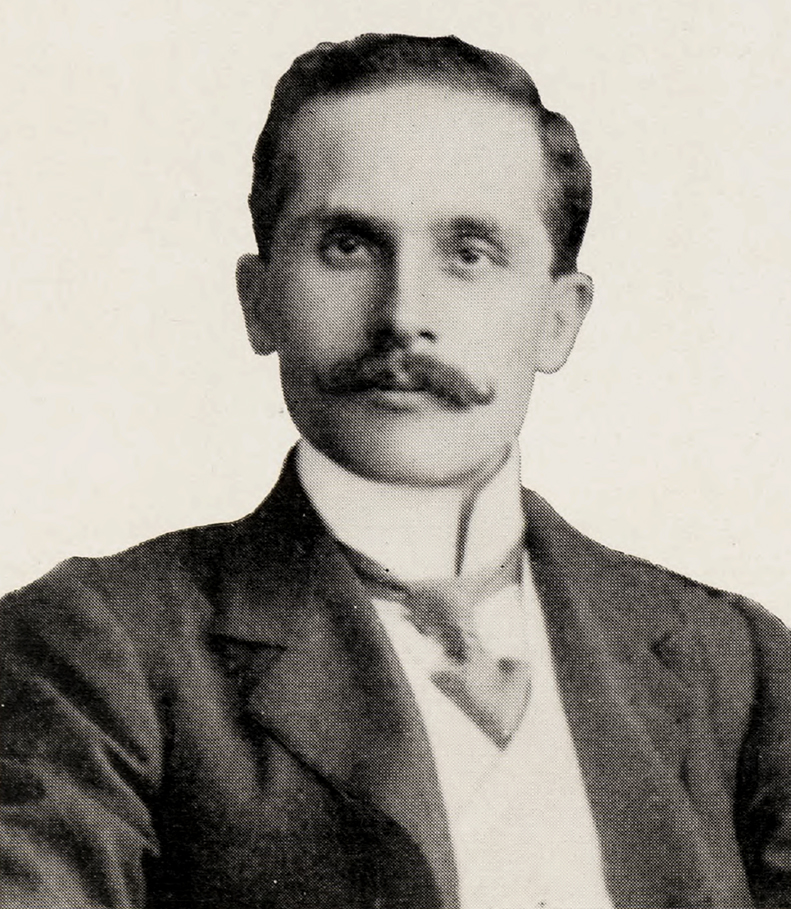 I found another Italian American who, like my ancestor Donatus Buongiorno, was an educated, technically skilled business man, trained in Italy before migrating, who had a successful career in the U.S., but may have been invisible to the general public (including the “Americans” who complained about lazy immigrants), because he worked in non-English-speaking U.S. communities, probably in his native Italian language.

Borgia migrated to the U.S. from Italy in 1888, age 19, and served apprenticeships for five years learning marble processing in American factories. Then he quickly set up his own business. Borgia Marble Works was listed in 5 categories in an 1891 New York City business directory (marble: altars, interior work, importers, modelers and sculptors, mosaics.) The business was incorporated in 1903, with him as president, and his wife Adele Borgia and an Alberto Borgia, presumably a relative, as partner-officers, capitalized at $10,000.

The business’s 1906 address was Nos. 110–112 West End Avenue, New York City. By 1910, it was in an office building in a more central business location on Broadway near Union Square, 1133 Broadway, Room 1603, where Borgia had an additional partner-officer, Gaetano Parisi, and was now capitalized at $5,750. Also in 1910, Borgia and Parisi established another company, Borgia Contracting Co., with a third partner-officer, Frederick V. Winters, at the same address, in Room 1605, capitalized at $10,000, and, with Domenico Cardo, Borgia formed the Cardo-Borgia Stone Company to quarry and sell stone, capitalized at $10,000.

Borgia’s companies worked in New York City, other American cities, and Cuba. (Borgia was a naturalized American citizen by 1905 when he re-entered the U.S. from a trip to Cuba, where he travelled again in 1906.) Their specialty was ecclesiastical works, encompassing altars for 100-plus churches in the United States, plus associated marble fixtures, such as communion rails and pulpits, many with sculptures and decorative mosaic patterns. They also made cemetery stones, monuments, and mausoleums.

In 1903–1904, Borgia provided a collection of marble fixtures for Most Precious Blood Church on Baxter Street in New York City for $5,750.00 (all extant): a marble altar with multiple steps and columns, crowned with a freestanding Crucifixion sculpture, with a bas relief Last Supper sculpture on the front face of its base, with decorative mosaic patterns overall, and a supporting brick foundation in the basement below. Also in the sanctuary are a marble communion rail and patterned stone floor of similar designs, so most likely also by Borgia, though not articulated in his contract with the church. Now removed, in the past there was also a sculpted stone pulpit which was also most likely provided by Borgia. 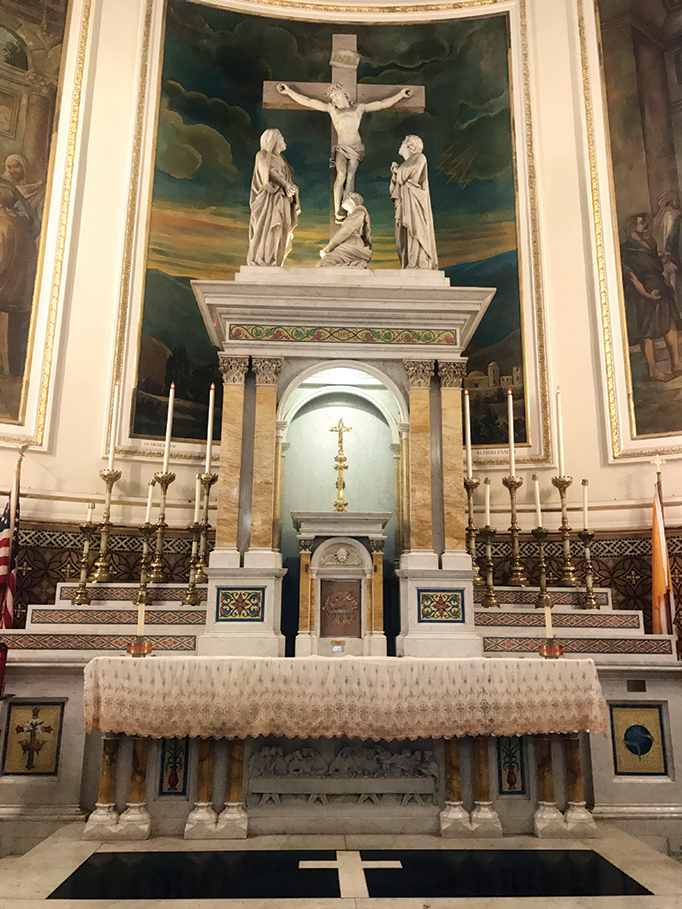 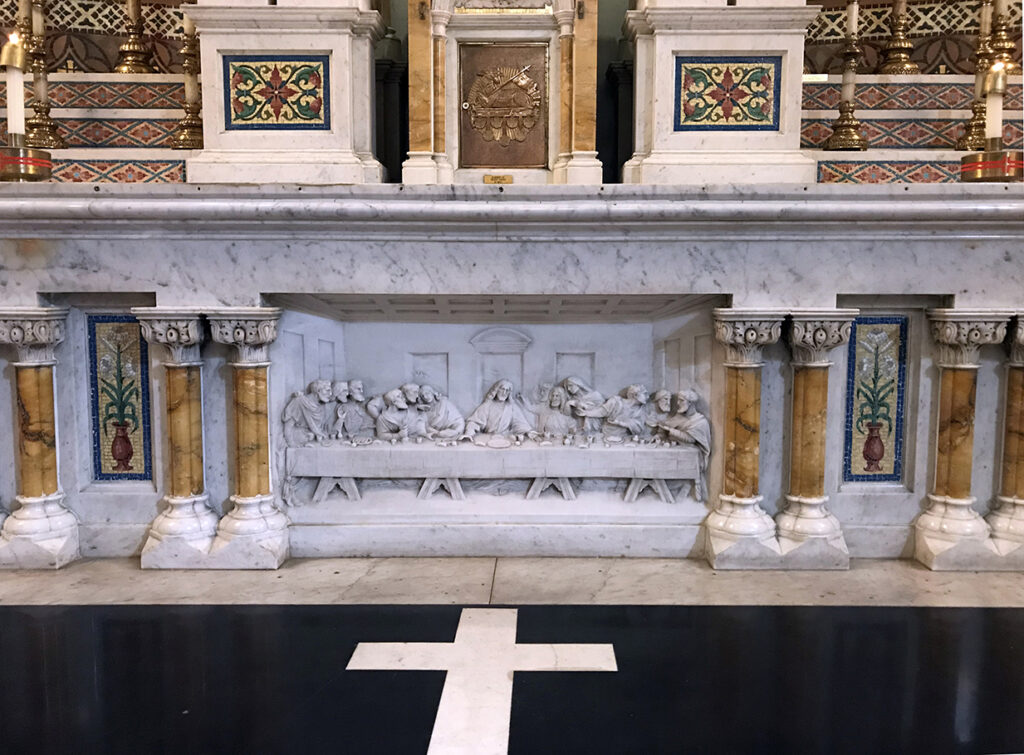 In 1909, Borgia donated the base of Etiere Ximenes’ sculpture of Giovanni Verrazzano in Battery Park in Manhattan (extant) to this public works project. https://www.nycgovparks.org/parks/battery-park/monuments/1628 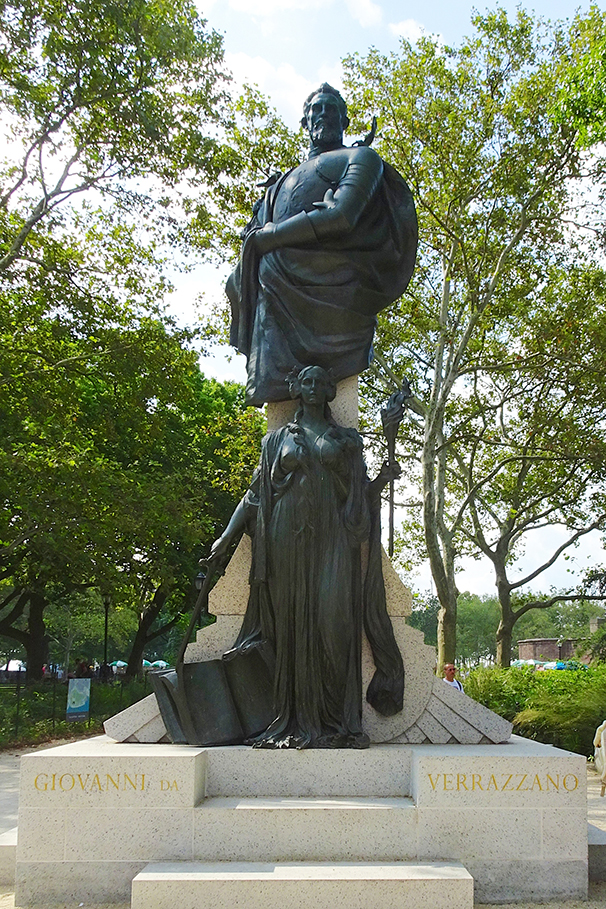 Also in 1909, Borgia directed the construction of a grand marble staircase on the ground floor of the Metropolitan Life Insurance Building on Union Square (building extant, but staircase demolished in a later modernization.) http://daytoninmanhattan.blogspot.com/2011/06/1909-metropolitan-life-insurance-tower.html 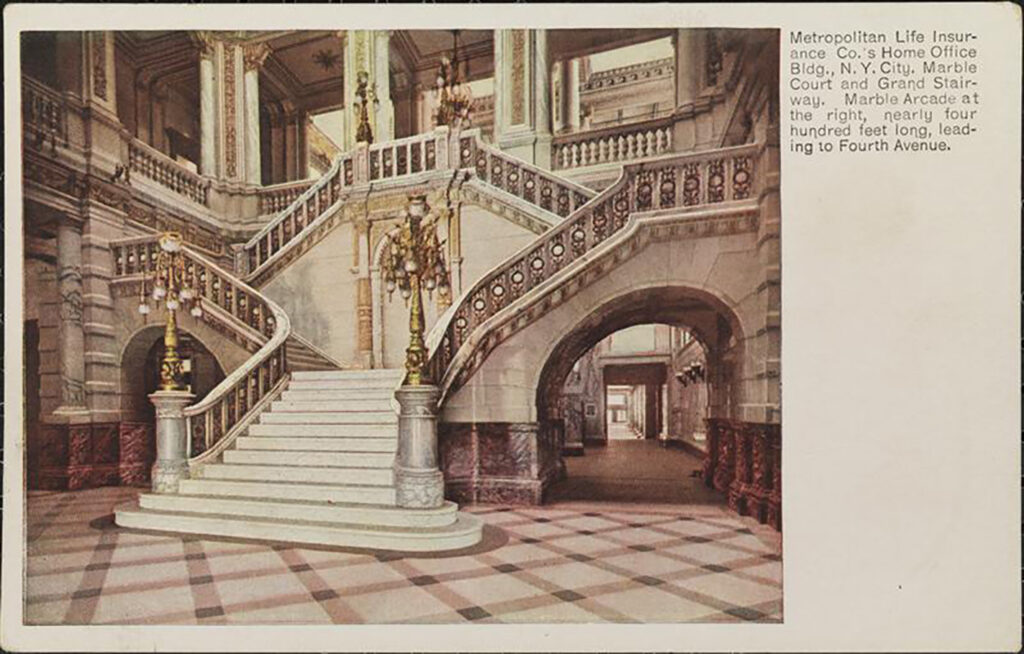 In 1910, Borgia was prominent enough to be threatened by the Black Hand (Italian thugs who preyed on other Italians in Little Italies in American cities), and he seemingly “fought back” by placing warning letters in newspapers. There are “articles” about his wife and children (accompanied by photographs of them) in at least two newspapers in the U.S., printed two days apart in cities hundreds of miles from each other, with the exact same wording, as if they were from a wire service. Is this how accomplished business people fought back against the Black Hand, by putting out a newspaper story saying “Don’t try anything, because I’m on to you, and I have notified the whole world”? 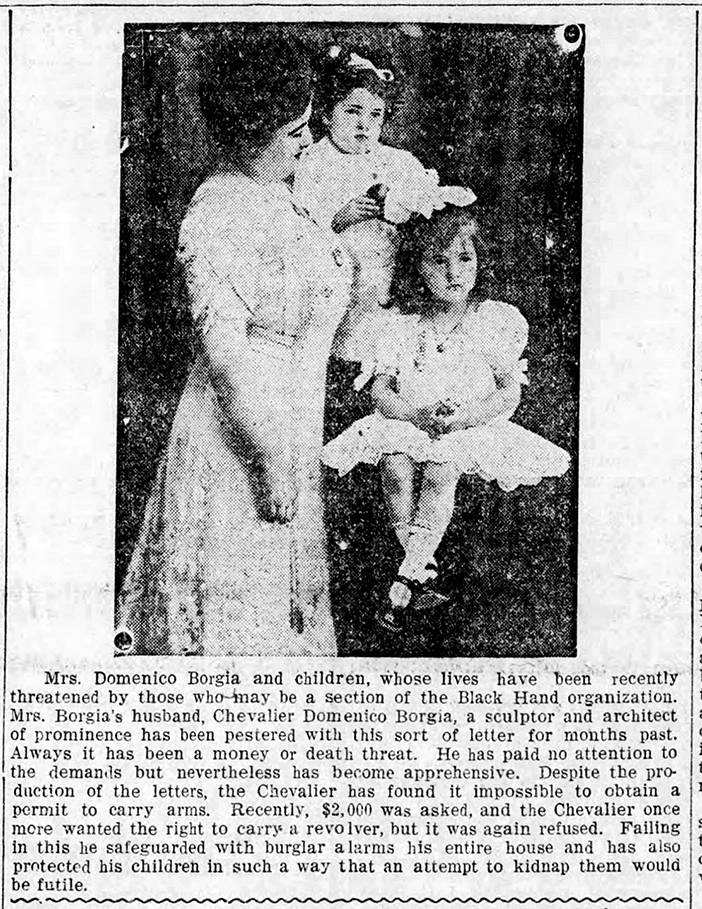 From circa 1915 through the 1930s, Borgia lived in homes at 555, later 561, West 185th Street in New York City, with his wife Adele and their three children: Domenico, Sabina, and Rosina. He likely has descendants from these three children, as younger people with the same names appear in databases today, though some may be descendants of a brother or cousin, including of Alberto Borgia mentioned in 1903 above.

Borgia died on February 6, 1937, in New York City, of coronary sclerosis chronic myocarditis, as reported by his daughter Sabina Carter.

I have not found descendants of Domenico Borgia, but I think he must have some in the U.S. If anyone knows, please contact me. I hope they know where and when Borgia was born in Italy (his death certificate states that his parents were Nicholas and Theresa Borgia), and if his businesses continued after he died. I would love to hear from people who are still running the businesses!

For years I have fantasized about finding a Donatus Buongiorno painting with my grandfather in it as a model, and I may have a victory. A dealer in California has this painting of a group of unruly school boys in a classroom. I’m looking at the boy on the left at the first desk. Family members: What do you all think? Does he look like Domenic M. Troisi?

What ages do you think the boys in the painting are: 8 to 10-ish?

Donatus Buongiorno visited Naples from New York from May 26 (estimated) to August 31, 1903, and worked while he was there (based on information in his travel documents). Domenic was born (in Naples) on May 13, 1894. If Buongiorno made this painting during the 1903 visit, Domenic would have been 9 years old.

If we all agree it looks like Domenic, that would date the painting to 1903, and it’s in a period frame that is believable for that date.

Note skull indentation from forceps delivery on left side of Domenic’s forehead—which he assured us, in his 1970 memoir, he did not resent his mother for and adored her always. Is there a little hint of it in the shadow on the forehead of the boy in the painting?

Also note that this boy is the only one in the painting seemingly not misbehaving. So, if Buongiorno did use his nephew, my grandfather, as a model, at least Buongiorno spared Domenic the legacy of being rendered as a bad boy.

While researching possible connections between Donatus Buongiorno and an American contemporary, New York artist William Merritt Chase, I found this adorable photo of Chase and his wife teaching their toddler to walk. In 1887, which is quite early for a successful indoor “snapshot,” I think. Was this done by a photographer who was muscling around a glass-plate-negative view camera on a tripod? Do any of my photographer friends know? I wish the photographer was credited. https://chazen.wisc.edu/collection/27044/william-merritt-chase-family/ https://chazen.wisc.edu/collection/27044/william-merritt-chase-family/